Gary Mathews • May 7, 2015Co-Parenting the new way of life, Dating, The Hammy Files 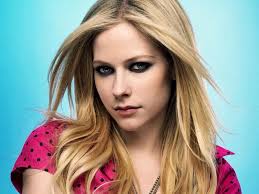 Did I become famous over night?  I had a real life celebrity/musician follow me on Google Plus today.  No it was not Taye Diggs either, unfortunately it wasn’t Katy Perry, none other than Avril Lavigne followed me today.  From what I could tell it looked like her personal page, not sure how I managed that one.  I guess either her publicist or she finds my little slice of the blogosphere entertaining or she has me confused with the former all-star baseball player Gary Matthews.  He spelled his name with two T’s though and is a different color than me so not sure what is going on.  Maybe she just likes seeing good dad’s get a fair shake and she’s secretly going to hire me an O.J. Simpson like dream team of attorneys.  Maybe I’m getting a song wrote about me!  How cool would that be, I can’t wait until I see Sloane again I get to tell her I’ve got an actual pop star following me!  Yes I’m always going to be a homer for Katy Perry, but don’t think Mrs. Lavigne’s music hasn’t graced my ear buds when I’m taking my evening walk!  It’s the little things in life people that put a smile on your face!

Guess who else thinks he is hot shit today?  That would be my KGB rodent.  After checking search engine queries this evening “hamster shorthand” came up.  People never cease to amaze me!  Who in the hell is trying to learn hamster shorthand?  Is there some kind of hamster court stenographer position open somewhere?  Seriously what in the hell is “hamster shorthand”, is this some kind of Dian Fossey research project I’ve not heard about?  Whomever, it is that found my website by searching for “hamster shorthand” please contact me I am mildly fascinated and would love to meet you.  Hell I’ll even let you guest blog on here just to explain yourself and what is going on in your head.  Maybe it was a former HAM radio operator whose auto correct defaulted to hamster.  Let’s go with that as an excuse, Hammy on the other hand is primping himself, making lavish demands for superstar treatment, and requesting bottled water instead of tap tonight.  I told him to pipe down or when Sloane is back here on Sunday evening I’ll let her walk him on a leash……while riding a bike!  In other search engine news I’ve still received no word from Sunny Leone on a cross promotion or collaboration.  Hell I thought I would at least get a product review out of it……umm never mind!

In other ramblings ranging from hilarious to even more frigging hilarious on a dating site I used sparingly last year I had an email about a new match in my area.  She was 43, from New Albany (my city), and had the same exact name as my ex sister in law.  Curiosity may have killed the cat, but Skipah loves a good laugh so he of course had to click on it.  Either my ex sister in law has an identical twin or she is on a dating site (oh by the way last I heard she was happily married living it up in Florida), to say I wasn’t cracking up and doubling over would be an understatement.  Now this can go one of two ways:  (1) She set up an online profile to taunt me and if she did all I can say don’t poke the bear, I will roar very loudly.  I’m not quite sure if that was her intention though since I didn’t get a flirt, like, message, nudge, kick in the ass, or any other of the online psst…look at me notifications or (2) She’s moving back home and trying to get her freak on and she just happened to show up because she would be in my geographic settings parameters.  I’m leaning on the latter since I used to consider her my big sister and she used every decent pic of her that she has on the profile and the last time I talked to her we were both cordial and looking out for Sloane.  All I can say she really better hope it’s option two, everyone has a skeleton or two in the closet.  Her closet is a graveyard and if she wants to pick a fight with me I’ll bring an excavator to unearth those skeletons.

Also I’m throwing out an open plea for suggestions.  A good friend of mine who is a blogger (I use that term loosely) wants to start a basic Q & A for all things local.  We are going to call it Generally Speaking, since we are both graduates of Clarksville High School and their mascot is a General.  However since I’m about as creative as vanilla and she has plenty of other stuff to worry about we can’t seem to come up with a format for it.  So loyal reader (all 98 of you) I’m more than accepting for ideas.  My first thought was a running email thread but I don’t think that will come off well in a blogging format.  My second thought was we would both post answers to questions we come up with but I’m not wanting a click here for his/her answers.  I’m really at a loss for words right now and like I said I’m not very creative nor do I want to pick up a hallucinogenic drug addiction to get there.  So if anyone has any awesome ideas please let me know I’m all ears on this!

About it for tonight, hell I may just ask my ex sister in law out for a date online!  That was a joke loyal reader I’m all for easy but hell at least make it competitive.  Going to be a boatload of free time this month I might as well enjoy it.