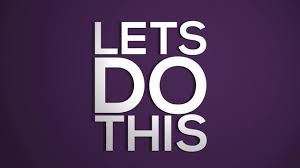 Nobody freak out - the zombies aren’t taking over yet - no reason grab your children and take cover.  Nobody needs to check in on their elderly parents; all is right with the world.  I know I said I wouldn’t be blogging tonight, but I got done with school early enough to write this evening.  Even did a product review today, but I had that all typed up just had to do some mad photo ninja skills to finish it up.

Actually I am not much of a photo ninja compared to some people I know.  If you click on that link you will see an adorable little girl, and poke around a bit while there, and you will see about a zillion high quality pictures.  Psst…. women, he’s topless in one of them, but sorry he’s also taken with a beautiful wife and daughter.  Plus he lives in Texas where I think owning a gun is required criteria for a driver’s license for men and women both, if anybody gets any dumb ideas.  You will also learn he’s a SAHD after years in the accounting world, drops some of the corniest puns on earth, and is a fitness and health Nazi.  I thought I ate some what healthy, but I eat like a 500 lb man at a Hometown buffet compared to him (That’s a chain in the states to my foreign readers). Some of you may have seen his blog before because he leaves comments on about every single post of mine,  and if you don’t blog, you have no idea what that means to us bloggers.  His daughter Avery might be the second cutest toddler in the world other then when Sloane was that age. Sorry pal, but I get to be biased too!  My only complaint with him is his absolute disdain for Girl Scout Cookies, but he will get his comeuppance in a few years when Avery wants to join and start hawking them.  I have a feeling it’s going to be his kryptonite when a Girl Scout cookie enters his house.  Either way, he’s a good dude, and a GREAT dad.

Back home again in Indiana, cue up Jim Nabors (Hoosiers will get that joke), more adventures in I’m a selfish mom.  Full disclosure:  I did not take Sloane to softball practice Sunday because it got changed on me after I had already made plans for Sloane.  She had practice last night though, and guess who didn’t attend?  So let me get this straight now. Since softball has started and her mother was the “custodial” parent, she missed her first practice/meeting because mom went to a 40th birthday party a day after I gave her directions to the facility. She left another practice thirty minutes early, and now she’s completely blown off the last two.  I intentionally kept her gear after I dropped her off just to see if my little experiment would work, and of course it did.  This is New Albany, Indiana not Los Angeles. Any drop off/pick up of equipment or items can usually be accomplished in under 15 minutes.  Trust me both of us have had to scramble to run over a stuffed animal or blanket on more than one occasion, and it helps that we live five to ten minutes away from each other.

Since this blog is now coming under attack and landing me in court again, I’m going to have to defend it.  It earns money, not much, and I never started blogging thinking I would be in a place to earn money off it.  However, the opportunity to earn money came up, and anybody that has read my life journey since July knows I could use a buck or two.  I’m a single dad, with JOINT, not shared, custody of my beautiful little girl.  I’ve always looked out for Sloane, and she is proud to tell anyone that her daddy blogs.  She thinks it’s “neat.” She got the biggest damn kick out of posing her in her new socks.  That company wants to work with me again, which means more stuff for Sloane.  Winner, winner, chicken dinner

There is a mom and pop photography company based out of Chicago that I’m in talks with that is potentially going to PAY ME to run their ad on this site.  If I can get a few more viewers and page views it’s a done deal.  This same blog that helped me heal while going through a divorce can now earn a little more than clicks on an affiliate ad.  Who knew I would make some money typing my thoughts every night? I’m just glad some people find it interesting.

So let’s go back to court!  Because nobody knows any of your names, you got labeled as the former Mrs. Skipah a few times on here, but nobody knows your first name.  Unless of course they research it, but I own Gary Mathews, and I can put it on any frigging thing I want!  You want to bring a couple of blog posts up and go back to court so you can move to Lawrenceburg, KY or some other podunk ass backward city, try it.  I’ve got almost nine months of parenting fail that you can’t defend.  I’ll be sure to bring those to court also, defend them!  You have lost your “best interest of the child” defense because you haven’t looked out for her since day one of this split.  Frankly I’m frigging sick of having to argue with you about it.  You feel shamed so you don’t show your face at her events.  TOUGH SHIT, you’re a mom, so act like one!  Let’s go piss a judge off on some trivial shit, and by the way, I don’t ever want to hear you don’t care what people say about you.  You are a massive parent fail, and since you want to bring this blog into question, it’s going to be my testimony!

Thus endeth the rant!  Whatever happens when I go back to court, I’ll accept, but the one thing I’ve never not been since this began was Sloane’s father.  She can try to take that away from me all she wants, but she is my best friend, and I will fight to the death to make sure she stays in Indiana and at her current school!