The War that never seems to end Stop the Abuse! 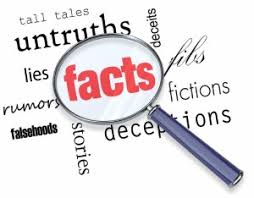 Changing it up tonight, I’m pissed off, and have read or heard too many tales of it.  I’ve spent the better part of eight months now (sheesh, I’ve been doing this for eight months!) chronicling my daily journey through divorce, coping, caring, my daughter, dumb jokes, good jokes, hamster wars, sock dating pools, post-divorce, the ex, custody battle, family law, lawyers, and countless other subjects.  What has me pissed off ASSHOLE PARENTS!

It’s well documented on this blog my journey through the child custody process, but at least I am still actively involved in my daughter’s life.  Sure I don’t see her near as much as I would like (and actually she is with her mother tonight because she wanted to be with her before she went out-of-town, stung a little bit but I get it), but I can talk to her anytime I want.  I can see her at school every day if I choose.  This summer I get her half the time.  I’m not lucky; it’s just the law of the land here in Indiana.  If I hear one more ass backward parental alienation story I’m going to explode.  I grew up without a father, and I’m sure my mom would tell anyone that would listen she wished her children had a father that looked after them regardless if she was still married to him.  People using children as a weapon should be prosecuted!

Mom’s your ex was a douche bag, banging everything from the secretary to the entry-level mail clerk, yeah he’s a shitty husband but that doesn’t give you the right to fleece him if you have children together and he is trying to take an active role in their lives.  That’s why you divorced him, you don’t get to rob your child of their father though, and once they are old enough they will know the story and you will be able to sit back and fill in the blanks with any questions and let them decide.  Child support isn’t a “paycheck” for you, it’s whatever state’s you live in formula for properly evaluating how much the courts think he should pay based on income and visitation.  Personally, I think custody should be 50/50 unless there is some mitigating circumstances or the child is endangered.  Your “agenda” only makes you look petty and bitter.  Maybe you are petty, but you are only harming your child, and children come first!  Put your personal difference aside with the ex-husband and let him participate in your child’s life if he is choosing to (and hopefully he is).  Withholding visitation then tying him up in court is a chicken shit move, I don’t blame you for hating him, but talk to any woman who didn’t have their child’s father in their life and they are going to tell you that you are a moron.

Hey dad’s you’re not exempt either; ex was sleeping with her older boss, pool boy, or the neighbor?  Yeah she’s a whore and SOMEHOW you got primary custody.  You are a good father, and any good father would say that a child needs their mother also.  Even if mommy had a substance abuse problem or an “I like guys” problem once she recovers from that (and hopefully she does) it’s your job to let the child be around their mother.  We all make mistakes, the quicker we learn from them the better parents we become.  Don’t be an asshole and deprive your child of their mother.  You are already WAY ahead of the game if you are a father and got primary custody.  Don’t get greedy.  I understand your bitter (BELIEVE ME), but the children need to always come first or you are just as shitty as your ex.  Once again I state that is why you divorced her, shitball wife yes, but if she has proven to be a capable mother then it’s your duty to involve her in the child’s life.

Crazy ass mom or dad that gets to hide behind money and tie the other parent up in court, where they never see their kid.  You should be ashamed of yourself and go spend time with the Anti Vaxxers in Fairfax, VT.  You know how many men or women have basically spent everything they have only to find out it’s not enough to see their kids?  More than you would want to hear about.  You people are the scum of the earth.  Parental alienators literally are the bottom of the food chain.  I have nothing but horrible things I want to happen to you.  Personally I want to get “medieval” on your ass.  Why this isn’t considered a crime beats the hell out of me.  If you have the children and their isn’t an “official” custody arrangement you pretty much can take the kids and tell the other parent to go to hell if they don’t have the financial resources.  Depending on the kids age then you get to “brainwash” them and tell them falsehoods that only the most gullible person on the planet would believe.  It’s sickening to think because you don’t have the financial power to fight for yourself you don’t get to see your children.

The wonderful/or not so wonderful thing about blogging is you come across people with stories that make mine look pale in comparison, parental alienation is just frightening to me.  I wish I had 2,000,000 followers and half of corporate America, Canada, and Europe behind me so my voice would be much louder.  My personal journey has damn near bankrupted me, but I still get to see that little blonde bomber when it’s my time.  I can’t imagine not being able to see my child.  It sucks “monkey nuts” to quote this girl, to not see your child everyday or a week at a time.  That is a product of divorce that I am still getting used to but doing better than I was last year.  I am a survivor though and 2015 is going to be my year!