The Hammy Files The Chicago Way!

Gary Mathews • February 13, 2015The Hammy Files, The War that never seems to end 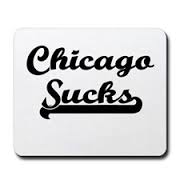 Disclamer:  I don’t hate DA BEARS, I do hate the Cubs, not that big on the NBA, and I live in Indiana so what in the hell is hockey?

Skipah’s Realm is now officially a baseball blog, just kidding, but I didn’t mention yesterday about the  Chicago Little League scam.  It’s Chicago and I know they would rig preschooler stroller racing (I need to scout some biddy ball games up there and see how a professional point shaving scheme is created), nor do I hold the kids accountable.  A bunch of idiot adults redrawing boundary lines in the land of youth baseball to be able to say “my dick is bigger than yours”  Woo Hoo feel better now, your boys just got stripped of the United States title.  For my friends across the pond baseball is what you call cricket, only we use bats instead of paddles and the rules aren’t nearly as confusing and a few other differences but you get the point.   I only rant about this because guess who they beat to go Williamsport?  New Albany, Indiana that’s who.  Same young lads I’ve probably had to slam on my brakes so I didn’t send them to the ER when they are riding their bikes around town.  They got robbed in this chicanery also, and believe me they could gerrymander the next three counties in this area and I’m sure it would be about a quarter of the population of south Chicago.  Nobody in Indiana (at least south of Indianapolis) likes Chicago except Lake County and every Hoosier already considers them part of Illinois anyway.

Unless of course you are the parent of a child that is into American Girl Dolls, and anybody that doesn’t know about American Girl Dolls they are like Barbie dolls only bigger, made out of some sort of material that was concocted out of platinum, silver, Gold, and some evil marketer!  Chicago is where the American Girl Doll store is located, and yes I get reminded of this daily, and yes I still would like to knock the ex over the head (joke, joke, joke!) for forgetting to throw that catalog away before our daughter saw it.  I’ll shut up now American Girl Doll deserves its own post.  Anyway from New Albany, Indiana I give Chicago a big middle finger.  You assholes cheated (not the kids, that ought to make more some interesting father/son talks) and screwed my community out of a weeks worth of Facebook posts from Williamsport, PA and good story telling this summer at the Little League Park.

It’s my “custodial” weekend, really family law could we not come up with a better term!  Anytime I see or type that word I think of the middle school janitor, can’t we go with something better?  I may not look as good in legalese speak, but how about father’s weekend or something like that?  The blonde bomber and I had an excellent night.  Dinner at a local pizza joint that she loves, a heart stopping trip to the grocery store, and our little KGB buddy.  Dinner was great, grocery run was one of those moments when you look at your kid and go “SHIT” she is me!  To set the stage Sloane loves pushing around the “mini” cart for kids, it had (un)fortunately already been taken and I told her we only needed a few items anyway let’s just use a basket.  A small daddy/daughter stare off ensued before I relented and let her push a “big” cart.  Thirty minutes later and the corner of every aisle at Kroger now needing a makeover we were done.  It turned out to be more than a few items, I’ve got two desserts to make for our luncheon on Sunday and a few other things popped in my head while we there.  Sloane was quick to remind me as we were leaving “Should have listened to me all along dad, you know I’m always right, and I don’t think a basket would have held all that now would it!”  Bazinga, my little sarcastic spawn is a spitting image.  I couldn’t have been more proud!

She must have been having serious Hammy withdrawals because that poor little bastard almost broke and spilled his KGB guts today.  The number of times she dropped Hammy and counter that with the hours he was made to spend in his “ball”, the poor little shit was begging for water boarding and sleep deprivation.  After I got Sloane in bed this evening and put him back in his personal one bunk Hilton, he looked up at me like “I thought we had an agreement, keep that menace away from me!”  Tough shit Hammy, rest up is all I can tell you, because every two weeks you are going to learn what seven-year old girls do to hamsters.  You and I are “cool” when it’s just us, but you put the biggest smile on my daughter’s face so “suck it up”.  By the way she is currently saving money, i.e. any change can pilfer off of me, to get you a play mate.  I’m currently researching Israeli hamsters, I’m sure a KGB and Mossad agent would have tons to talk about!  I have zero info for the either of you on the PLO or the Ukrainians, but whatever you may know my daughter is going to torture..ahem… play with you until you crack!  With any luck Hammy you can escape and find your way to Chicago!