No looking back now The Softball Mosquito Epidemic 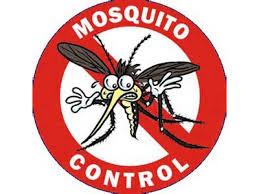 One week ago was Snowmageddon II, this week was Sloane’s first softball practice and it was 70 degrees.  Instantaneous frostbite to digging out a pair of shorts all in one week.  I wouldn’t believe you if you told me this, but I’ve lived here to long not to.  With the tundra on super defrost, a foot of snow melting, and the rain everything around here would put the biggest smile on a pig.  It literally is a “pig sty” everywhere you walk.  The Everglades have nothing on southern Indiana today it’s one giant marsh.  Amazingly, mosquitoes need one day of sun and warmer temps to get their “freak” on.  Sitting at the practice field tonight I was getting lit up by the little blood sucking bastards.  Seriously it was -10 last Thursday, were in the hell do they come from!  The first time some little puddle hits 32 degrees does immediately turn into liquid Clomid (Google it)?  Do boy mosquitoes have the virility of an NFL running back?  What gives?  So any way while sitting at practice and smacking at my arms and legs like I’m into self-mutilation I got to thinking when is this year’s annual West Nile Virus scare going to hit.  My money is on the second week of May, I sure in the hell though didn’t think I’d be having to pack Deep Woods Off (that’s a bug repellent brand everybody, not my cologne of choice right now) in March after the Siberianish last few weeks we’ve had.

Speaking of softball, it’s finally here, some girls mature much quicker than others even at the seven-eight year old level.  Some girls sprang up like they eat breakfast from GNC every morning, other’s are still runty, then there is Sloane.  The term “throw like a girl” has a picture of Sloane throwing a ball.  I’ve tried and tried for years now to show her how to throw a ball.  Every time I think she is getting it she then proceeds to kill every worm between she and I.  Tonight though I saw some promise, our coach is one of those that is still bitter that he’s not coaching at some Junior College girls softball team.  He takes it way to serious, but on the flip side he actually looks like he knows what he is doing and isn’t a dick!  I can take over competitive, still make it fun though, he seemed to fit the bill on both ends.  I can’t handle the ex jock high school legend who runs youth teams like he’s talking to young adults and men.  One day there will be an epic rant on here about youth baseball/softball and youth sports in general because it’s already trickling down to frigging Pee Wee softball but not tonight.  When I finally get the words together for it though it’s going to be EPIC, author’s call this foreshadowing, I call it I’m mad as frigging hell and can’t put it in proper context yet.

I’m looking forward to softball this year more than anything because out of any sport/activity she does it’s the one I can help her the most on (I think, teaching how to throw not withstanding), I was a youth legend in my own time with a rocket arm that I had no control over.  There was more than a car or two with a new dent or cracked windshield because I zinged a ball over a first baseman’s head that made it to the parking lot at the local Little League field.  I think when Clarksville, Indiana built their new complex a decade ago that had me in mind because now to do something like that you would have to hit a Ruthian shot from the T-Ball field to find a car, but not back then.  The parking lot was maybe 10-15 feet from the “big” kids fields and it was standard six-foot fences.  So to the owner of the 1988 Toyota Corolla that lost a head light one Saturday night I’m terribly sorry but hey I was only 12 and I bobbled the grounder and the other kid ran fast I had to let it fly!

Softball though is the one sport Sloane has been looking forward to, I won’t say I pushed her towards it because I’m not that parent nor do I ever want to be.  She grew up though watching her dad root on the Reds, loves Joey Votto, and everyday when I was still married would ask me if he hit a homer the night before (Sadly didn’t get to say yes but a few times last year).  She had a blast last year but she was an “older” kid, she is going to struggle this year with it because frankly the game is going to “speed” up quite a bit this year.  I hope she adapts but if not football cheer leading is this fall and she also loves that!  My goal is that she gets to do it with her friends and not a new batch of friends.

Now off to research my next project; mosquito repellant in Indiana, many have tried but none have figured it out (Deep Woods Off does a good job but it stinks to high hell), I want to enjoy watching my daughter play softball this spring without becoming a mosquito crash test dummy.