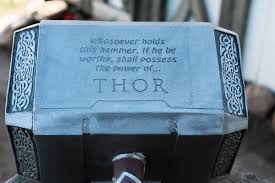 Snowmageddon II has come and gone, hopefully no more weather posts for a while (fingers crossed).  Sloane and I had an enjoyable couple of hours in the white powder, sadly though by the time we got out in it the temperature had dropped enough to zap the moisture out of the snow and it wouldn’t pack worth a crap.  Didn’t faze us though we made a mini snow fort, an alien snowman, and had an impromptu snow ball fight.  We even had Hammy out there in is wheel for a bit before she finally realized that hamsters don’t move well in the snow.  Personally, I think it was yet another sadist move by my daughter to torture the little spy.  He would run full speed in his ball and it wouldn’t move, he did this repeatedly until he would capsize himself.  After about ten minutes of laughing our ass off I advised Sloane if she wants her little KGB rodent to have a partner in crime we should probably lock him back up…..oops I meant gently place him back in his humble abode.  I had to give up the blonde bomber Thursday night even though her mother was still out-of-town because I wasn’t 100% sure I could drop her off in the morning due to the weather.  Our little impromptu week was a blast and only makes me look forward to the summer even more!  The weather and school make up days have killed spring break for us (two weeks is now down to one), so her mother and I will have to discuss how we are going to handle that.  This weekend though she is back at the nursing home, so I start the count down until I see her again on Wednesday.  This is her hiding behind our mini snow fort, like I said the snow didn’t pack worth a damn!

Whoever coined the phrase “divorce is final” needs to be publicly hung.  Divorce it seems is never final, I got dragged back to court in February, and since then I’ve been a good boy.  I’ve lived up to everything that I was told to do, guess who hasn’t………….  In the quest for financial survival until I can get myself back on my feet I got totally gamed, bushwhacked, and literally screwed.  So I’m going into the Skipah’s tool bag and I’m coming out with Thor’s hammer and getting ready to knock the ex sideways if she doesn’t get her act together.  I’m 100% in the right on this one and she knows it.  I violated the “divorce decree” (and that is using the term loosely), she’s violated it in clear BLACK AND WHITE terms.  There is no ambiguity on this issue, I’ve given her some rope, a long leash, pick whatever cliché you want.  She’s kept me pinned down the best she could, she finally screwed up royally, and after ample opportunity to right her wrong I’ve had enough!  Out here in the real world people have to live, people have commitments they have to meet, single parenting is WORK, hiding out at mommy and daddy’s and claiming poverty is complete bullshit.  I’m not taking it anymore and come Monday it’s Chapter III of this charade.  I’m over her, this whole damn chapter of my life, and I just want to be free and clear of her as much as I can be.  Many months ago I got told “life isn’t fair” by her, time for me to show her it’s not fair!  At this rate I need to not worry about starting up computer programming later this month and just jump into law school.

I read some where that after divorce you become a completely different person, and after being beaten, battered, and bruised I would 100% agree with that statement.  I guess someone else didn’t read the same article and is on chapter 235 of her self-written novel “Bitter.”  As soon as she can find the ending to that book her Skipah problem can go away, but right now it’s time to go back to war.  I’m a one man army, but I have faith, family, friends, and Thor’s hammer backing me up!