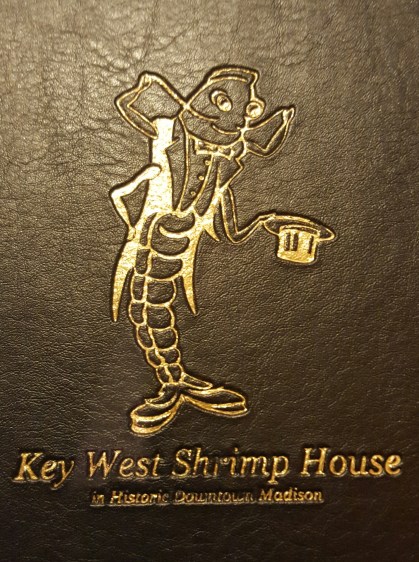 I’m a self proclaimed seafood snob, but this place wasn’t too shabby!

Other than the lack of ocean views and fresh seafood you would have thought southern Indiana turned into Key West this weekend!  Record temps Saturday and unseasonably warm on Sunday, maybe Punxsutawney Phil was actually prophetic for once.  Al Gore even got to bank another million using Indiana as an example of global warming. Granted exactly one week ago I’m arguing with others about returning Sloane home due to five inches of snow.  Welcome to Indiana weather, we go from one extreme to another, needless to say though Miss Madison and I took full advantage of a warm February weekend. 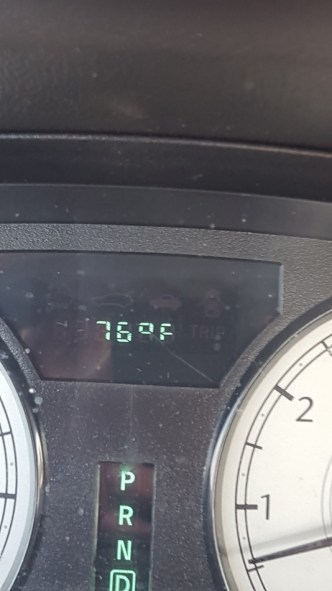 Shut it Texan, this is record stuff for us in the Hoosier state!

Unfortunately Miss Madison’s soccer mom Dodge Caravan has picked up a terminal illness.  It’s nothing that needs treatment immediately, but it’s going to be a slow death.  It’s fixable but not cost effective so she is now in the market place for a new vehicle.  Miss Madison is far too cool to be labeled a “soccer mom” and never wanted a minivan in the first place so she and I spent our Saturday afternoon perusing area car dealerships.  Not since she met me have I seen a twinkle in her eye after she test drove a periwinkle blue Chrysler Pacifica.  Actually I’m in second place I don’t have heated leather seats or come with a DVD player, and trust me the handling on me is way worse than that automobile! 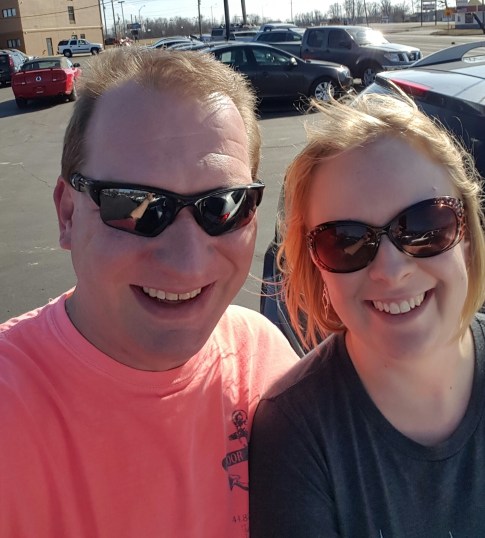 Personally I treat buying a car like getting fitted for a strait jacket.  I’m still chaffed in the ass that the Mathews car dealership in Clarksville, TN hasn’t sent me a car to drive.  I gave them three days of free press on here!  I hate the whole process, Miss Madison isn’t much of a fan either.  The matriarch of the Madison dynasty (Miss Madison’s mother) devours car salesman like you and I are dining on chips and salsa at a Mexican restaurant.  Assuming the bank signs of on it and I have no idea why they wouldn’t since Miss Madison has a credit rating higher than Babe Ruth’s home run total.  The matriarch is gunning to eat some salesman lunch!  The woman is amazing she made me a shark costume from scratch and cuts her teeth on junior sales staff at a car dealership!  Seriously she is known as “the closer” in these parts.  The Madison Auto Wars are just beginning this week, thankfully Miss Madison has her own General Patton to lead her into battle.

Anybody selling snowmobiles in southern Indiana is probably living on Cheerios and Vienna sausages!

No Sloane (not by choice) and with Miss Madison’s offspring with their daddy it was date night for us Saturday evening.  We decided to recreate our first date only without the awkwardness of never meeting in person or texting our friends when one or the other went to the bathroom…all of us in the single dating pool do it.  It’s o.k. to admit it, don’t read all those “dating tips” from people on cell phone etiquette.  I’m not saying have a running conversation with your buddies, but if your date goes to “powder her nose” you rapid fire your buddies on the texter ASAP.  If you are some broken down shell of yourself due to a previous marriage you probably have a whole community looking out for you and want details!  Been there, done that, and now I have the T-shirt!  O.K., back to date night!

My next get rich scheme!  I see whiplash in my near future!

A quaint walk of three miles and change across the Milton-Madison Bridge bridge to see the booming metropolis of Milton, KY (if I ever get rich I’m buying the whole freaking city for probably $143.00) followed up with a trip to the Thomas Family Winery were she turned me on to Celtic music back in July.  This band wasn’t nearly as cool as the Scottish duo we saw the first time we met (seriously four people from Tennessee trying to pull of Celtic music) but a great time nonetheless.  If you are ever in the area I recommend the Apple Scrumpy Ale there.  I only willingly ventured into Kentucky because the local choke n puke sells this mystical Bai Kula Watermelon flavored water.  I offered to make her some watermelon Kool-Aid instead, but sadly I lost out.  If a ton of pictures turn you off, scroll down to the next paragraph. 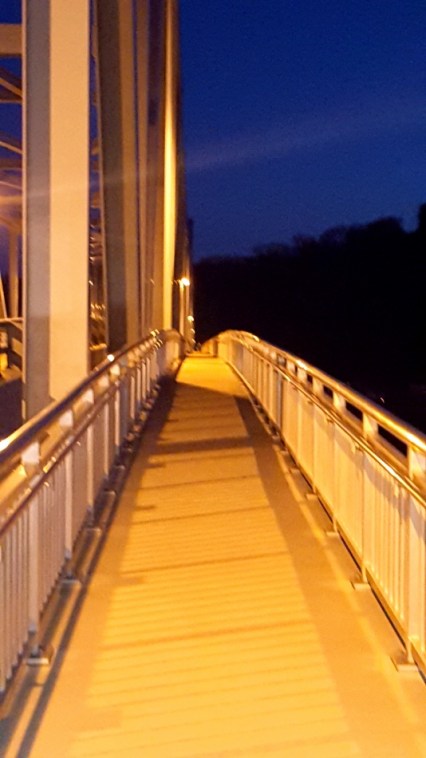 Thankfully I didn’t tell to many dumb jokes that Miss Madison pushed me over into the river! 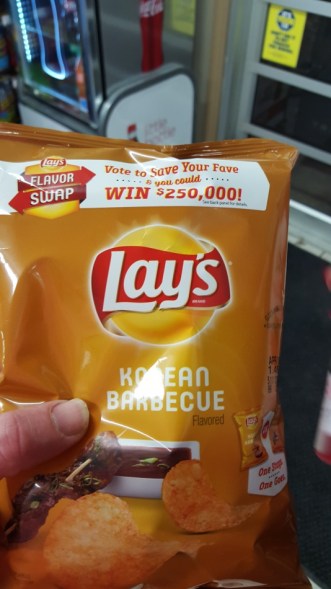 This is not getting my vote, I’m pretty sure Korean’s would agree they suck. 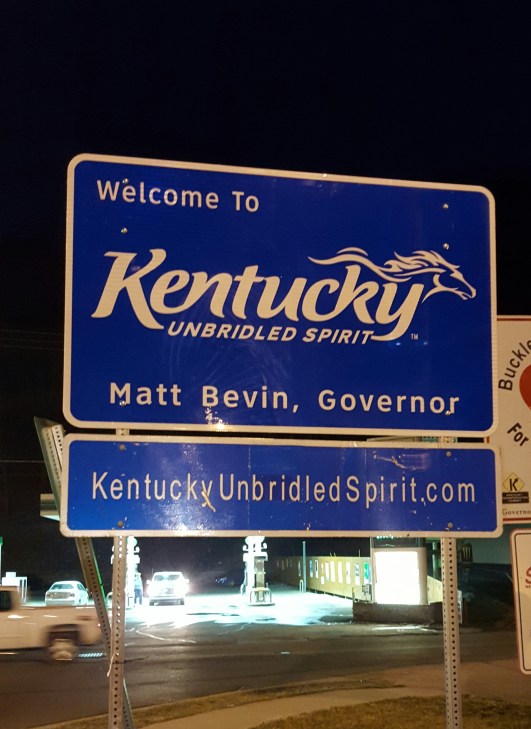 Matt Bevin…elected governor of Kentucky who is on record supporting cock fighting.  #Merica! 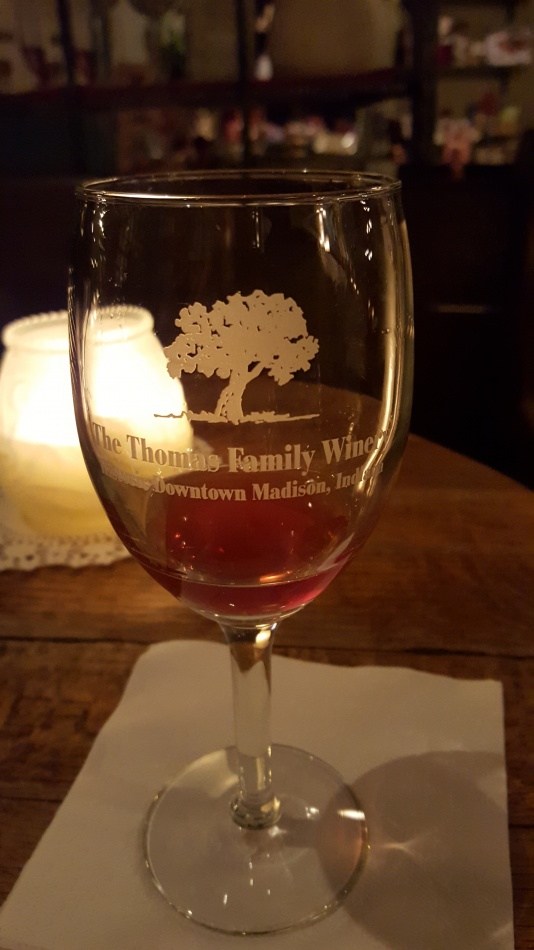 DELICIOUS!  Serving the Apple Scrumpy Ale sample in a wine glass was “interesting” but the pint later was even tastier! 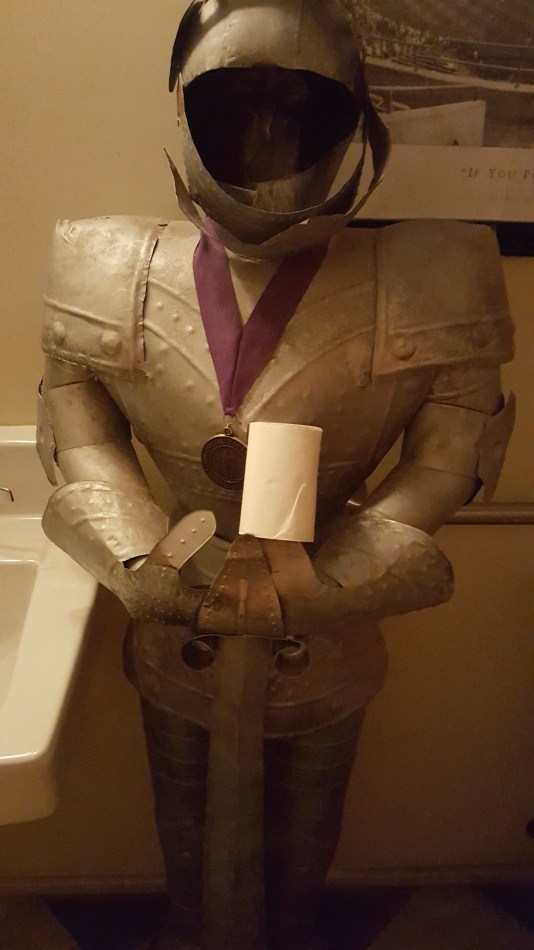 Coolest toilet paper holder I’ve ever met.  No I didn’t drop a deuce at the winery!

For a nightcap we dragged raced local townies for pink slips going back and forth across the same bridge we walked across.  In other news we are now actively looking for two cars as my 2006 Chrysler 300 belongs to Billy Jack from Bedford, KY.  I had no idea his 1995 Chevy Taurus was a six time Moonshine Derby champion.  After that beat down I took I needed a little “White Lightning.”  I’m channeling my inner gear head tonight and keeping it auto themed.

Actually it was a peaceful evening of mapping out our trip and me getting giddy thinking about fresh seafood.  I also learned my travel blogger ninja girlfriend is something akin to a super duper platinum dinner is on us member of hotels.com.  I guess when you spend the whole summer of 2015 travelling you tend to rack up some serious points with them.  She found us a swanky resort for a night at a 23 star resort for about what it would cost in gas money to stay with her family friend.  Why didn’t I date a teacher in a previous life?

With the great weather she and I thought we should start training for the 5K walking circuit coming up this spring/summer and went back to the hill  Sunday, and no I’m not talking Capitol Hill that is next month.  This is the hill that about claimed my life (nasty viral infection) last July so of course I volunteered to walk up it again.  This time I even had enough breath to take a few pictures and throw rocks across the river at Kentuckians!  In an unrelated note my shins have unionized and have turned walking into a chore for now. 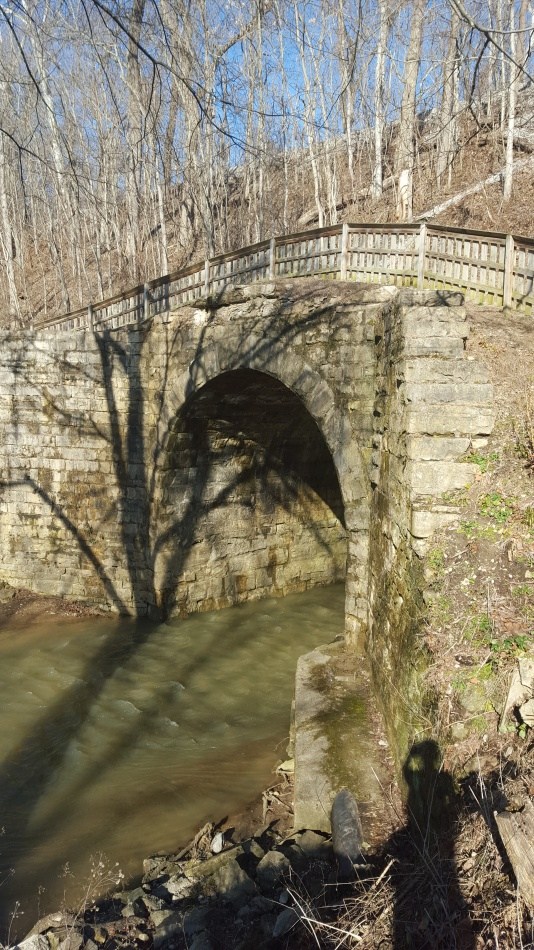 The Crooked Creek bridge, trains used to cross it back when Teddy Roosevelt was in office!

The mighty Ohio River was rather muddy, and no I didn’t actually throw any rocks at Kentucky.  If I had a arm that strong I would be preparing for Spring Training with the Reds!

The buzzards were just hoping I would keel over!

The reward for making it to the top……a women’s prison!

The great weekend was wrapped up with Sammy producing me yet another delicious culinary masterpiece.  Miss Madison had never had a smoked brisket before and in a relationship filled with firsts for both of us who better to introduce her to savory succulent taste of brisket than me.  She said she liked it and finished her plate so I’m going to say I did well.

Sammy has become a culinary nymphomaniac!

About it for tonight, I’ve got to sit in on the matriarch’s Madison Auto War strategy conference and get my orders.  I’m thinking I’ll be told to guard the recycling bin from blowing into the street but I’m always available for some secret after hours black ops at the car lot.  I can go all Wynona Rider and switch a few price tags!  Plus I really want that snowmobile in case I ever have to take Sloane home in blizzard like conditions or face the wrath of the Evil Empire!

Back to top
mobile desktop